ELIMINATE THE ODOURS CREATED BY YOUR PETS

Most pet owners are aware of the odour problems created by animals in the home. As a result, pets can be restricted to certain rooms and kept out of the house when guests visit.

Even litter tray odour causes embarrassment and with older and incontinent pets the problems can be much worse. Pet odours are created by bacteria in the air and on surfaces which includes animal’s fur, if you kill and control the bacteria you will eliminate smells.

As houses have become less drafty, indoor air pollution has grown to be at least five times greater than outdoor air pollution. Odours and airborne infections are created by bacteria, viruses, mould, fungi and nasty pathogens called volatile organic compounds (VOCs) found in the air and on surfaces throughout the home. 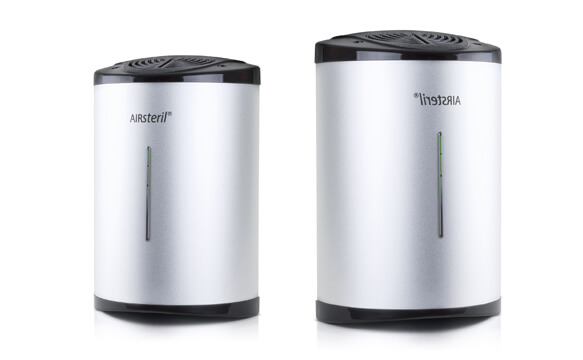 In your home, high levels of bacteria are found in and around pets who can spread this bacteria from room to room. Bacteria also accumulates in toilets, bathrooms, bedrooms, kitchens and other places.

Cleaning, filtration and chemical dosing cannot control the source of odours and masking them with strong fragrances can only have a limited effect. In just 8 hours, one bacteria can multiply to 8 million suggesting that continuous processes are required*.

The Silent AS10 uses AIRsteril’s unique combination of 5 technologies working in tandem to eliminate bacteria, viruses and unpleasant odours in enclosed spaces. Our technology gets to the root of the problem and provides clean, safe air for the whole family.